Jim, a freewheeling romantic, is forever fighting to preserve timeless music, antique watches, and the 1957 two-tone Chevy (among other classic gems) that are fast fading from our world. 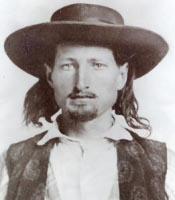 ​​"Today I attended a funeral for contemporary music. Closed casket. It's been clubbed and beaten beyond recognition." -- Jim Fleetwood 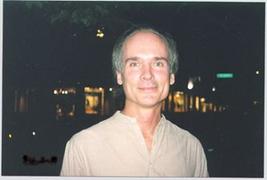 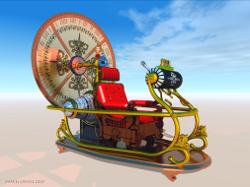 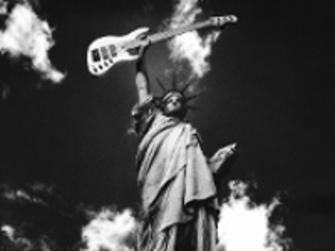 blog -"The Museum of Sudden Disappearances"

My blog is a fizzy cocktail of novel excerpts, short stories, essays and whimsy.  It spotlights Jurassic Jim Fleetwood...and includes the most dangerous man in the world, Master Ellsworth Bazarsky, and his misguided assistant, Renfield. My blog is where I retreat to goof-off instead of doing real work. I love to goof-off. Also, the Statue of Liberty plays guitar on my blog. She loves to play Beethoven's 9th while standing in the harbor and facing the Atlantic.  At the very end of the symphony, she does a terrific solo. It's quite moving.

"Jurassic Jim" Fleetwood loosely resembles legendary lawman and gunfighter Wild Bill Hickok (1837-1876), pictured above. If you ditch the hat and apply a comb...presto. Jim is so unhip, he's hip, He's so out-of-it, he's right back in again.

Jurassic Jim, deejay and host of the U-turn Time Machine Show, defines textbook child abuse as: “Growing up brainwashed by soft rock, concussed by disco, and tortured by hair bands.”  Today's Top 40 music, he insists, is blunt-force trauma to the ears, and should be used to drown out screams in detention camps. His mission includes petitioning the World Health Organization to focus its efforts on wiping out karaoke psychosis in our lifetime. To date, he's gotten nowhere.

When asked to describe his job, he replied: "I'm the embattled deejay at the Swizzle Stick Bar. Four nights a week I play popular music, which spans decades, to people who can't recall last week. I also host song-and-dance contests for tone-deaf brutes, and shake the barroom with rock and soul while being ambushed with insane song requests. By night's end, I stagger out of the Swizzle and make a death march to my car."

In a perfect world, this would be Jim's vehicle of choice: