What's PAST IS PRESENT about? Here goes:
One quarter of the adult Western population believe they have had an out-of-body experience.
​ 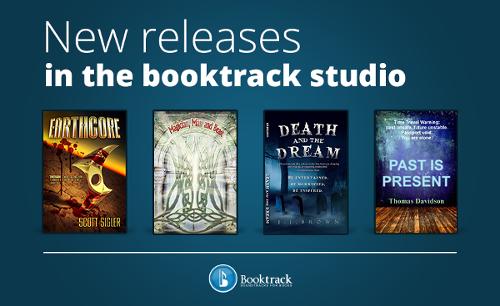 This is the complete prologue for Past is Present, which includes music, sound effects, and screeching tires. You can read, dance, and duck from danger. Click button for mystery and music. 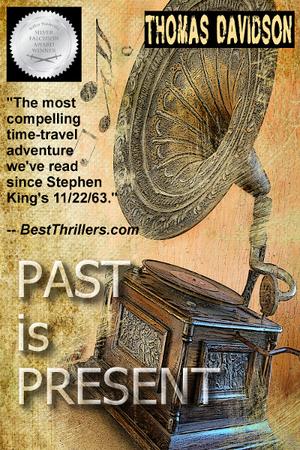 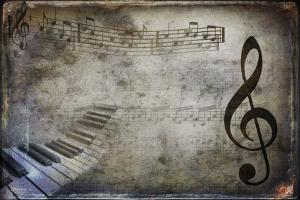 Praise for PAST IS PRESENT

​Below are two versions of a PAST IS PRESENT excerpt. First are the opening pages, followed by a button. Click that for the complete prologue with a soundtrack, which I created for fun at the Booktrack Studio. While reading, you can hear music, sound effects, shouts, howls, growls and skidding tires. In other words, you can read, dance, and duck from danger.

​
​Excerpt from PAST IS PRESENT - e-book available at Amazon.

Time is like a river. It flows one direction,
but with a little force you can go back.
But like a river, everything you do has a ripple.
—Kevin R. Hutson

In memory of Jayne Voskuil
​

Buddha sat fuming beside her on the front porch.

Etched on his little green belly was the word: incensed. Jasmine smoke poured through Buddha’s ceramic ears. Enlightenment never looked so furious. The world is strange, Linda Mitchell thought, each day presents the familiar in unfamiliar ways. An uneasy feeling stirred inside her, again, as prickly as thorns, until footsteps snapped her dark reverie.

The screen door squeaked open in the fading twilight. Her three-year-old wore a pink sweatshirt depicting Little Red Riding Hood inside a dark forest. Celestial slid her Mother Goose book onto Linda’s lap, and climbed aboard the wicker chair. Behind the living room window, a black-and-white Walter Cronkite flickered on the TV screen. “And that’s the way it is, Thursday, October third, 1968.”

“What shall we read tonight?” When she opened the book, a sheet of paper fell onto her lap, a crayon picture of a face in a window. Her back stiffened. “Who is this, Cel?”

Inside the floppy hood, Cel’s sky-blue eyes drifted toward their little white bungalow with green shutters. A whisper on the wind: “I dunno. I just drawed it.”

Linda pinched the paper, lingering on the drawing until she heard a noise.

Cel pumped her hand in the air. “Hi, Trippy!”

“Peace!” He flashed the peace sign with two fingers.

“Peas!” Cel echoed. She tried a V-shape, but only her middle finger popped up.

“Whoa!” Trip said. “That’s a little harsh for a preschooler.”

“Honest, she doesn’t get it from me.” Linda first met Peter Van Winkle in junior high school, when he weighed ninety pounds with two pounds of pimples, and wore pants that surrendered several inches of shin. A classmate suggested that Van Winkle’s brain was on permanent vacation. The nickname stuck—Trip Van Winkle.

Linda set the book on a crate, next to Buddha and a box of incense cones. She jogged down her front walkway, six cement squares. The square adjoining the sidewalk announced to the world in yellow-chalked words: Mitchell Mansion this way. A green arrow decorated the next square, with the chalked proclamation: Cel’s Castle straight ahead. But the third square warned in screaming red letters: Goblins begone!

Linda stood on the curb, facing the van. “Any update on Kenny Grogan?”

“I went to see him again yesterday. He’s still…” Trip looked at her as if from a great distance, his eyes creased with worry. “And Blue dropped from sight.”

She swayed on her feet as her paisley, button-front long dress rippled in the breeze. “I last saw Blue and Kenny here on Sunday, and later that night when Blue showed up alone. But I have the strangest feeling he’s been around here again.”

“Is that guy weird…or what? If he fell out of a window, he’d fall up.”

Trip shrugged, scratching his goatee. His green army jacket hung loose on his thin frame, a faded red bandanna tied through one of the epaulets. When he adjusted the door’s rearview mirror with his left hand, she saw a red line between his thumb and index finger, running into his sleeve. His tour of Vietnam went without a scratch. During his R&R in Bangkok, alas, he got robbed and stabbed in a rainy alley behind a massage parlor, and suspected his taxi driver was somehow involved. But he wasn’t sure because the rain blurred his bloodshot eyes. Sometimes life tattooed the hands of callow boys from Columbus High School in western Massachusetts.

He finally answered, “I don’t even know his real name.”

Linda recalled Blue lurking on her porch—six feet tall, jet-black ponytail, and an ornate design stitched on his shirt. “It’s the legendary phoenix being consumed by fire,” he’d said. His sapphire eyes sparkled, intense as an electrical fire, when he revealed the back of his shirt. “And this is the phoenix rising from the ashes.”

She shook off the image, and asked, “How’s Kenny?”

“He looks like he got shock therapy at Castle Frankenstein. Been flying four days on Saint Anthony’s Fire. Get this, he said Blue was into the CIA. But with a head full of acid, he just as easily could’ve told me that Superman flew by to play pinochle.”

Linda leaned against his door. “He what?”

“That was my reaction. I don’t mean that he belonged to the agency, but he’s fascinated by its history, its drug experiments.”

“I don’t want him suddenly showing up, ever again, not with Celestial here.”

He watched her intently. “Anyone ever tell you that you do that a lot? Rock back and forth when you’re deep in thought?”

She waved it off. “Be careful. That guy is twisted.”

“He’s worse. The dude’s crooked molecules from the hat down. If he comes here again and you’re alone, get out. Take Cel and run. You don’t want him inside the house.”

Linda turned, seeing her walkway warning: Goblins begone! “Sunday night, when I told him to leave, he said ‘It’s cool. Cool as permafrost.’”

“Linda, the guy belongs in a freakin’ hospital—blowing his nose in the curtains.”

She leaned back on her heel, an admonitory finger waving in the air, and said, “Watch out.” Then she headed back to the porch and scooped up Cel and Mother Goose.

A pool of lamplight shone through the window screen and illuminated a wizard on the open page. He wore a purple peaked hat and long coat decorated with silver crescents and stars, and stood on a deserted road filled with rocks and stones. Next to the wizard was a nursery rhyme:

For every evil under the sun
There is a remedy or there is none.
If there be one, seek till you find it;
If there be none, never mind it.

When the breeze shifted, bamboo wind chimes the size of bones rattled from the awning, the sound of a magic spell being cast. Jasmine smoke swirled across the page. The wizard appeared to be staring up at Cel from a fog-bound road. She pointed at the little man with the long coat. “Spooky.”

Linda thought of Blue. “If you see a spooky wizard, do you know what to do?”

“You hide.” Linda put her hands over her face, peek-a-boo style, her long, chestnut hair falling forward. Her daughter’s hair was lighter, the color of sand on a sunny beach, on a secret island that never-ever appeared on a map. “You duck and cover.”