The first half of EXIT was published in 2014 as FLOATERS, a 35,000-word novella. I wrote a sequel, and realized it couldn't be released as a standalone without the reader knowing the back-story. So I combined both parts in February 2015, and retitled it EXIT, a full-length novel at 73,000 words.

I posted the first chapter on my blog. You can read it HERE. 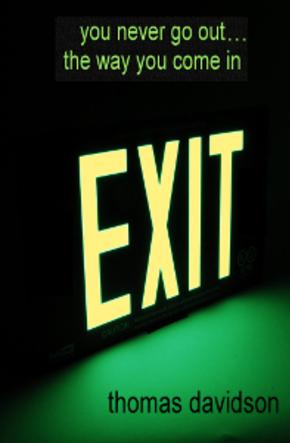 This is the trailer for my short story, EXIT, on which the novel is based. It's an excerpt with music and sound effects.

Or  you can read and hear the full short story here at Booktrack.

Two big seagulls flying over your neighborhood? Ah...maybe not.

If you want to see what's on the other side of the exit door, hit the crash bar (the Amazon button) and push. In a sense, a whole new world awaits you. Welcome.

THE DRONES ARE COMING.

What's a drone? It's Murphy's Law with a rotor blade.

Just when you thought bad behavior has hit an all-time high, wait till the small, commercial drones clog the sky like pigeons. Weaponized pigeons. They will make us rethink the term 'air pollution.'  In fact, drones will make us long for the days of traditional pollutants (carbon emissions, soot, mercury poisoning, and halitosis). Imagine unstable people getting their hands on drones (see the below picture). Oh, joy!

EXIT also has humor. Dark humor. If you enjoy an occasional laugh while feeling dread, check it out. The first 100 readers of EXIT will have their free copy delivered to their home by a drone, and dropped through their chimney. Or maybe the drone will hover outside your bedroom window in the middle of the night.  That knocking sound on the glass? That's your free copy of EXIT swinging from a string attached to the drone. Don't forget to smile. Pajamas are optional. Lewd behavior is encouraged. The drone has a camera, so someone halfway around the planet can watch you. Your mission is to keep this drooling voyeur entertained while he works the night shift at corporate headquarters, whose mission is to erase any last vestige of your privacy.

No need to be alarmed. We are all decent, level-headed, saintly human beings. Drones are high-tech, guardian angels flying over our rooftops. Everything is under control. Relax. Good night, sleep tight. No, those aren't bedbugs on the mattress. Those are nano drones flying between your legs, taking pictures. Pleasant dreams!

Okay,  I lied about the free book and delivery stuff. 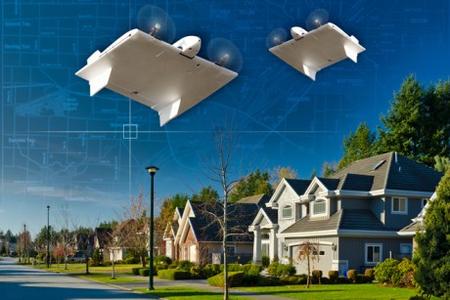 ​"Black Mirror fans will be drawn in by Thomas Davidson's engrossing, hallucinatory tale of a screenwriter who stumbles into another dimension...Davidson has more in common with the Black Mirror screenwriters than a novelist like Ray Bradbury. That's because his story is actually about the way we live now, and perhaps, the way we may live soon if we're not careful."       -- Bella Wright, BestThrillers.com

"Impressive. Amazing. Impressed beyond words; this is THE best read in the form of electronic media that I've read all year, and that is by no means an exaggeration. I don't give 5 stars easily or often, and this guy earned it, hands down. This may be my new favorite author."

​"If I could give 6 stars...First, I want to blame the author for all of my uncompleted work today. Second, I haven't enjoyed a story like this in a very long time. I have literally not accomplished one thing today except for reading this. Thank you, Mr. Davidson. Why did I like the book? READ IT AND FIND OUT."

​"A damn good read...Didn't want to put this down, reminds me of old Twilight Zone episodes. Whereas you won't find any pig-nosed doctors operating on your face, you might just find an alternate dimension in a movie theater. Really good read!"